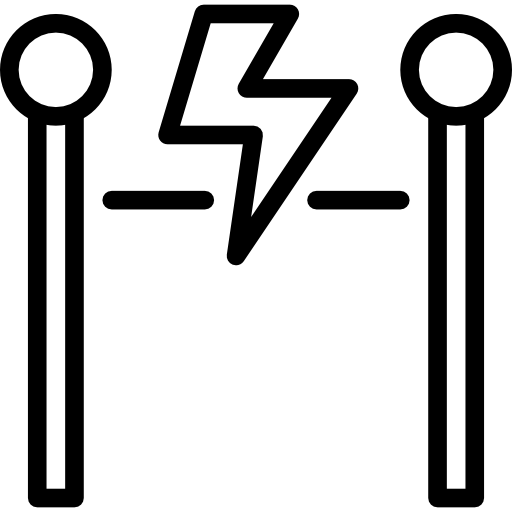 The competences and scientific interests within the group may be organized under three main topics: interfaces, sensors and luminescence.
The specific projects and aims of the group are: 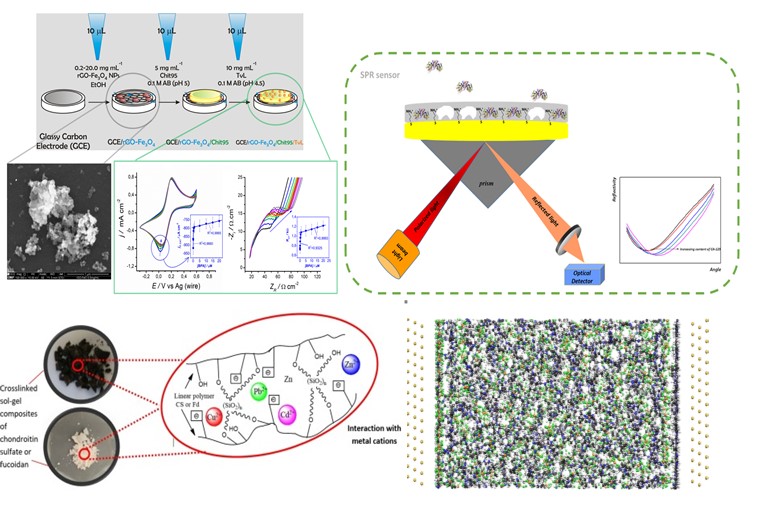 Fundamentals and applications of ionic fluids at interfaces

The fundamental understanding of mechanisms of the electrical double formation in ionic fluids is determinant to the successful development of a large number of applications ranging from energy storage devices to energy harvesting, surface protection or even sensor applications. The improvement of energy storage systems is a milestone in the advancement and promotion of several technologies associated with a low carbon-emission future, for instance, hybrid vehicles and renewable energy generation and distribution. In this sense, the struggling against climate change specifically caused by human activity and frequently associated with anthropogenic global warming makes the topic of energy storage of high priority within European environmental policy.
Research is continuing in the search to find and understand the appropriate liquid composition and material to obtain the highest enhancement of the capacity within a wide working potential region. Under this objective we will be looking also for hydrophobic nanomaterials able to nanoconfined Ils for energy storage. The new projet started in July 2018, IL4Energy –Ionic Liquids under nanoconfinement for advanced energy applications, contract Norte-01-0145-FEDER-032294, will allow further development in the area and the building of a prototype. This project targets both economic/societal needs and scientific/technological advance as foreseen by the EU policies in order to support European, national and regional efforts for safe, non-polluting and efficient use of energy.
The use of ionic fluids to obtain metallic or alloyed surface coatings and the preparation of metallic nanowires are being explored in collaboration with IFIMUP and with University Politechnica of Bucharest
Our expertise in handling liquid/liquid interfaces continues to be explored in biomedical research particularly as alternative approaches to studies of lipophilicity.

An important topic, transversal to the RG4 group and with collaborations with other groups, concerns different areas of analytics ranging from designing new strategies and materials for efficient and specific separations, or sensing. The involvement in the INTERREG project  (valorization of marine biotecnology) is the base to build new optical sensors based on new imprinting material derived from marine origin materials. We are currently involved in, preparing graphene nanocomposites, electropolymers, molecular imprinted polymers. Aiming at developing applications in photodynamic therapy of cancer photosensitizesrs and fluorescent nanocomposites are being developed.
Imprinting of target molecules is used as strategy both for separation and sensing. Separation of compounds with biological or environmental relevance from complex mixtures can beachieved with great efficiency. Molecular imprinting is also used to build highly sensitive sensors for biomolecules in biologic fluids and as drug release platform.
Biosensing platforms based on Molecular Imprinted Polymers have been developed under a strong collaboration with Prof. Goreti Sales group at ISEP.
The expertise accumulated have allowed to implement applications such phosphorescent wood coatings for electricity –free illumination.

The work is anchored on our group’s leadership in the experimental and theoretical characterization of different chemiluminescent systems (such as the fireflies, the imidazopyrazinone-based marine family of compounds, and the earthworm Fredericia heliota).
The results offer alternative design principles for developing novel chemiluminescent molecules to be used in real-time bioimaging, bioanalysis and biomedicine.
The development of fluorescent carbon quantum dots has also been fundamental for many sensing and bioimaging applications. As an example of our work on this field, istheir the synthesis by green bottom-down (hydrothermal or microwave) methodologies, the modification of their surface by doping with different heteroatoms.
Combined use of steady-state/time-resolved fluorescent and quantum-mechanical allows the study of the photophysics and photochemistry of molecules such as 1-napththol-5-sulfonate (1N5S) behaving as photoacids which are weak acids and can be transformed into strong ones upon irradiation. This type of molecules present significant potential for the spatial and temporal control over proton transfer in a noncontact way, and a way to convert photonic energy into other types of energy.